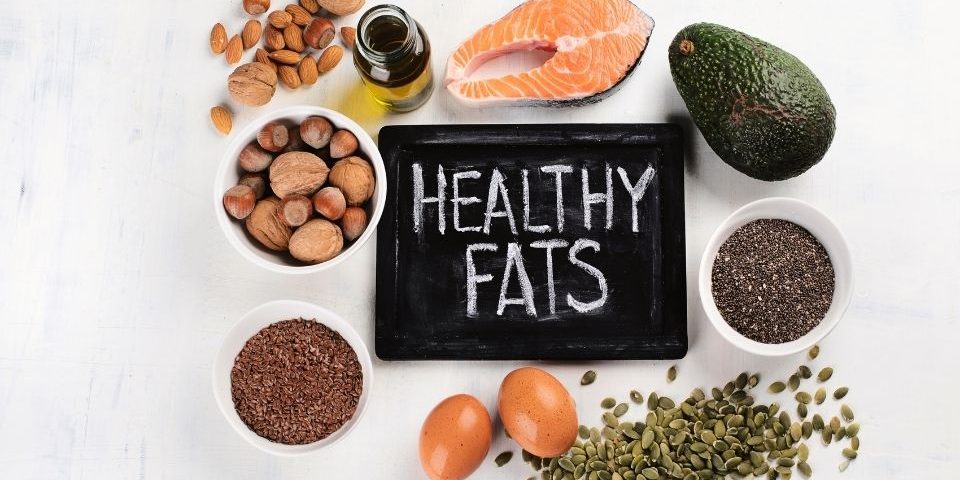 In this blog post, I am talking all about the different kinds of dietary fats and how choosing the right kind of fat doesn’t make you fat. So many women come to me with hormonal imbalances after years of being told that low-fat is best. Not their fault if to this day they are still confused and scared about eating salmon, avocado, olive oil, nuts and seeds. Welcome to the diet culture rather than eating for health. After all, governments and weight loss companies have been (and still are) banging about going on low-fat diets whereas cutting down on refined carbs/sugar and artificial sweeteners would be much more beneficial for so many aspects of health.

Park that notion that fat is bad. It is not. In fact, most of us aren’t eating enough of it. Fat can help you lose weight, protect against heart disease, absorb vitamins, support your immune system and help with your hormonal health. Do you know which fats to eat and which to avoid?

These are the fats that have the worst reputation, and they’re found in animal fats and coconut oil.

Here’s the controversial bit because it goes entirely against what we have been told for decades (and we are still being told by government agencies)… these saturated fats that you eat – the dietary saturated fats – don’t raise cholesterol.

The fats that are ‘bad’ are the trans fats, which cause cell membranes to become stiff and hard, and they no longer function correctly. Trans fats are not recognised by the body and are harmful to cardiovascular health (lower good cholesterol – increase level of bad cholesterol).  Trans fats can particularly be found in processed foods (i.e. hydrogenated oils, margarine, deep-fried foods).

These are the kinds of fats associated with the Mediterranean diet – particularly olive oil -, and populations that eat a lot of these fats, like the people of Greece and Italy, have some of the lowest rates of heart disease in the world. Many cardiologists advocate the Mediterranean diet, as higher intakes of this kind of fat are linked to lower cholesterol (or, to be more accurate, a better ratio of LDL to HDL cholesterol).

You will probably know these as omega-3 and omega-6 – the essential fatty acids. ‘Essential’ relates to the fact that the body cannot make this kind of fat; you need to eat it as part of your diet – or take it as a supplement.

They fulfill many roles in the body, and sufficient levels have implications for cell membranes, hormones (they regulate insulin function), managing inflammation and immunity, mood and memory.

As a general rule, omega-6 fats are not as good for you as omega-3 fats, which are all anti-inflammatory. It’s not that omega-6 fats are inherently bad, just that it’s less good when the balance between the omega-6 and omega-3 fatty acids gets disturbed.

Historically, humans ate a good ratio of omega-6 to 3 – ranging between 1:1 and 4:1. The modern Western diet has changed things for the worse, and the ratio is frequently 20:1 thanks to processed foods, vegetable oils and conventionally raised (rather than grass-fed) meat.

What happens is that you get more of this…

Here’s why fat is essential in the body…

How did fat get such a bad name?

Fat has got a bad reputation. Over the last 70 years, low-fat products have been marketed as the saviour of our health. And the message from governments and the media was – and largely still is – that, when eaten, fat gets stored as fat in the body and puts us at greater risk of heart disease.

Part of the problem, of course, is that we use the same word for the fat we DON’T want (on the hips, around the middle and so on) and the fat we eat.

The demonisation of fat began when an American scientist called Ancel Keys produced the first ‘evidence’ linking saturated fat to heart disease in 1953. He based his scientific opinion on observational data of heart disease, death rates and fat consumption in six countries (ignoring statistics from a further 16 countries because they contradicted his hypothesis) and assumed a correlation between heart disease and eating fat. (As an aside, when another scientist looked at the same research, this time considering ALL 22 countries’ data, no correlation was found).

Although there might have been a correlation (there was a relationship), it was not causal (didn’t actually cause the situation).

A further study on rabbits compounded Ancel Keys’ hypothesis: the rabbits were fed cholesterol (which doesn’t normally form a part of their 100% veggie diet) and went on to develop fatty deposits in their arteries. And then, guess what happened? Poor bunnies!

Governments (and their health care agencies) across the world began advocating a low-fat diet. They told us to fill up on bread, rice, cereals and pasta, and opt for low-fat or no-fat alternatives wherever we could.

Soon, the food industry jumped on board to create products that better satisfied this new advice. They replaced saturated fats with ‘healthier’ vegetable oils, like margarine and shortening – ironically trans fats are now one of the few fats research shows ARE linked to heart disease. The biggest problem is that, when you remove the fat from foods, you need to replace it with something else to make those foods palatable – and this replacement is sugar and artificial sweeteners. This was a REALLY bad move.

AVOCADOS: They go with practically anything and are high in both vitamin E and in healthy monounsaturated fats. Slice it, mash it, love it!

COCONUT OIL: There’s so much to like. Apart from helping reduce bad cholesterol and blood pressure, coconut oil is an anti-fungal (caprylic acid) when used both externally or internally. The ideal replacement for butter in baking and as your oil of choice when frying (though we think it works best if you’re cooking something with an Asian influence).

NUTS: Packed with nutrients like magnesium and vitamin E, nuts bring plenty of essential fats to the table. They make the perfect snack – eat a handful (preferably raw) with a small piece of fruit or spread a little nut butter on an oatcake (peanut butter or almond).

OILY FISH: These are chock full of omega 3 fatty acids, which are the building blocks of your sex hormones, so are essential for hormone balance. We love them all!

OLIVE OIL: Use cold-pressed organic oil as a dressing on salads rather than to cook with as the high temperatures reached when roasting or frying can turn the oil rancid.

How the fat is used (through cooking and processing) is a big deciding factor whether it is healthy or unhealthy. Essential fatty acids (EFAs) become free radicals in the presence of light, oxygen and heat.

That is because frying with oils like olive oil at high temperatures (i.e. beyond smoking point) leads to oxidation and the production of free radicals – highly inflammatory for the body and may increase the risk of heart disease or cancer.

Use these oils for cooking

NOT rapeseed or sunflower oil. Actually, don’t use sunflower oil at all (although do eat the seeds) and save olive oil for dressings on salads. 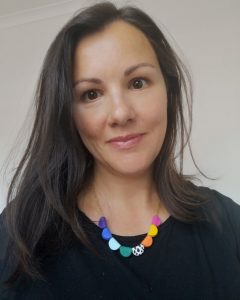 I’m a nutritionist in London.